When the ACLU of Nevada needed an anniversary video to demonstrate how an organization changes lives, they reached out to CinCity Media to transform that concept into video. With just a couple of weeks and a scaled down budget, CinCity Media worked with the non-profit organization to ensure that they had something they were proud to show at their 50th Anniversary Gala in front of hundreds…and would later play on their website. CinCity strategized quickly to determine who we could interview in the community whose lives were changed through the ACLU…and who were the voices of the organization. We gathered archive photos and footage from local news organizations and the organization that also profiled their accomplishments. The final product was a true team effort that both CinCity and the ACLU of Nevada were truly proud of.

Showtime Sports Documentaries Runs to CinCity Media for Assistance on their “Running for His Life, Lawrence Phillips Story”

The company producing the story about former NFL Player, Lawrence Phillips, needed some expertise research that only CinCity Media could cover. While the company could handle the football knowledge, they threw the pass to CinCity on the expertise court research for the piece on Phillips’ criminal history. CinCity was able to run the gauntlet and track down cases, photos, videos and people to speak exclusively about Phillips’ past that had never spoke before.

Modernfold, Inc. got more than it bargained for (in a good way) when hiring CinCity Media! Indiana-based Modernfold Inc. wanted one simple instructional video for its retractable room-dividers. But CinCity Media wants every client to get the most bang for their buck! When CinCity Media President Cindy Cesare realized Modernfold didn’t have a sales video, she proposed shooting and editing the instructional video in such a way that it would not only meet the company’s legal and practical needs as an demonstration video, but it would also double as a pitch video for Modernfold’s sales team to take into the field. CinCity Media helped Modernfold make creative and minor adjustments to the script and video so the company got two videos for the price of one! The company’s customers are thrilled– and of course so is the sales team. Modernfold’s goal is to “See the Future Move,” which is guaranteed to continue to happen with the company’s new video produced by CinCity Media.

When a Minnesota Non-Profit food bank needed a cost effective video company to shoot its celebrity host, Louie Anderson, in Las Vegas, they hit the jackpot when they found CinCity Media. Not only did CinCity Media give the non-profit organization, Second Harvest Heartland, a budget they could work with, but we also helped the Food Bank through the video production process long distance so that they could concentrate on feeding the hungry of the Twin Cities. CinCity Media helped organize the logistics of the video shoot with comedian Louie Anderson in Las Vegas, and then worked with Second Harvest Heartland to structure four videos for its website and its annual fundraising party via long distance. CinCity edited the four videos with only Louie Anderson being shot on production day and our editor later created graphics, animation and music to help spice it up just in time for their big “Dish Event”.

CinCity Media isn’t scared to take on the challenging slopes of the video news release business with clients like Brian Head Ski resort. Brian Head hired CinCity Media to travel to its resort, shoot the opening of its new bridge that linked the two ski lift areas, and edit a creative video news release that we distributed to all the local Las Vegas and Salt Lake City TV stations. By picking the best sound bites and editing them with the highlight video from the day, the VNR got play on numerous network affiliates. The raw video was also archived for the resort so they could use the multi-purpose video for future promotional activities at Brian Head.

When the California based company, Neogov, held its client conference in Las Vegas in 2006, it decided to hire CinCity Media to also videotape its customers for testimonials. Neogov only had stagnant verbal text testimonials on its website before hiring CinCity to jazz up its website. Neogovs founder, and owner, was so impressed by CinCity Medias video crew that he decided that CinCity should not only videotape the testimonials, but also edit them with graphics and company logos for Neogovs new launch of its website. Neogov officials used CinCitys on-line pass code video-viewing-system to watch and approve the finished video product after they returned to California. This made it easy for everyone to work together, despite the distance! Take a look at the final result.

Ford Motor Company and their Detroit-based ad team, JWT, already had a concept for a video unveiling their new Edge vehicle, but they needed help producing the video. Weeks before their deadline for a National Dealer’s Meeting in Las Vegas, the creative team came to LV Productions, Inc. and they asked CinCity Media for help producing two videos to launch the new product. With the help of LV Productions, Inc., CinCity media secured all required film permits, rented needed props/equipment, ordered catering, hired make-up artists, and scheduled audio, video, and editing crews. CinCity Media made sure every moment went smoothly for two days of shooting! And when the creative executives realized that they needed someone qualified to conduct interviews at the last minute, the president of CinCity Media herself stepped in to interview pedestrians on camera about the new Ford Edge! The result was two high-quality HD videos highlighting a hot new Ford crossover vehicle! And, Ford dealers were pumped-up about the new vehicle as a result of the video! Wouldn’t you be too?!

For more information on The Edge: www.fordvehicles.com/edge

First Choice Armor trusts CinCity Media! First Choice Armor needed a visually stunning sales video to demonstrate the power of their armored vest. The goal was to have a final product that would be a powerful marketing tool for police departments and the military to view without a sales team traveling around the world to give demonstrations. CinCity Media shot the video, wrote a script, conducted interviews, produced the stunning graphics/animation package, and edited it all together. First Choice Armor was thrilled with an amazing demo tape that will allow the product to speak on it’s own. The client’s advertising agency was so impressed they said it looked like “a 60 Minutes piece.” First Choice Armor loved it so much they wanted to incorporate the graphic animation into their website. The video is a perfect example of CinCity Media’s work when given full creativity from the beginning to the end of the production process.

The Home Shopping Network needed more than just a video promotion shot when they came to Las Vegas for the Rocky Movie premiere. They needed help coordinating image releases, setting up limousines and picking shoot locations. They called CinCity Media and we did it all for them! And we shot this action-packed promotional video of these contest winners attending the Rocky Balboa Movie premiere, meeting Sylvester Stallone and Jennifer Flavin and whooping it up in Las Vegas! HSN has since been a return customer, using CinCity Media for the Consumer Electronic Show and for obtaining video of ProCaps Vitamins in Nevada.

CBS News relied on producer Cindy Cesare to gather and set up interviews on the very public Hepatitis C outbreak in Las Vegas. Cindy quickly found sources of information, tracked down officials to interview, and then made sure everything got to New York by an east coast news deadline. The award winning CBS documentary news program “48 Hours Mystery”, also consistently depends on Cindy Cesare’s connections in Nevada and other Western states to gather evidence, find and set up interviews, and cover criminal trials on a regular basis.

When IsoTis OrthoBiologics held it’s annual sales meeting in Las Vegas, it relied on CinCity Media to not only produce a video to pump up the sales team, but also to photograph and videotape all of their medical experts for sales and educational DVDs.

In creating the video, the IsoTis marketing team had a vision about the company’s new “Accell” branding and wanted a video to get the sales team excited as they entered the conference each day. CinCity Media’s producers and editors worked closely with IsoTis to get the exact feel that they wanted with the music, images and animated graphics to reflect the company’s product. Each night of the conference, CinCity Media had photographers taking new photos of the sales team to edit into the video so that it would be fresh and new for the next morning.

CinCity Media also helped IsoTis find non-video specialty items like an Aston Martin for company executives to have at the conference for an incentive sales program. CinCity Media gets the job done– from video production to finding anything else you need in Las Vegas!

Executives at the N.S.E.A. knew they wanted to record an important meeting on affordable workforce housing. But when they contacted CinCity Media, they realized that they wouldn’t just get a boring videotape of the meeting! We produced a STORY for the N.S.E.A. on the crisis surrounding finding affordable housing in Southern Nevada. The video, “Workforce Housing in Southern Nevada: A Springboard For Action,” was produced for the N.S.E.A. to show to developers, bankers, legislators and casino executives in order to find a solution to the rising housing costs. The six minute video condenses the long meeting to an-easy-to-watch news formated story so that the N.S.E.A. could post it on it’s website. 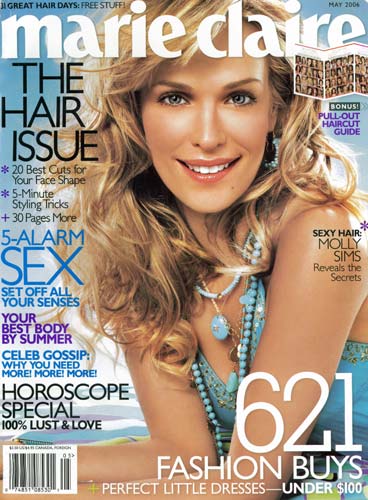 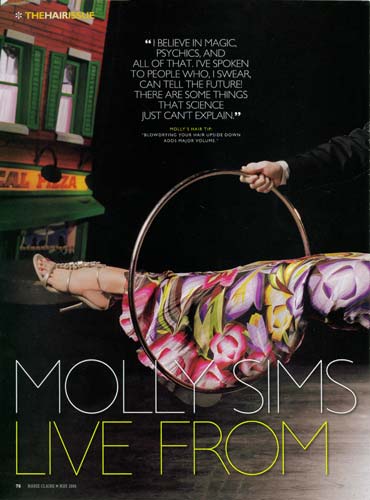 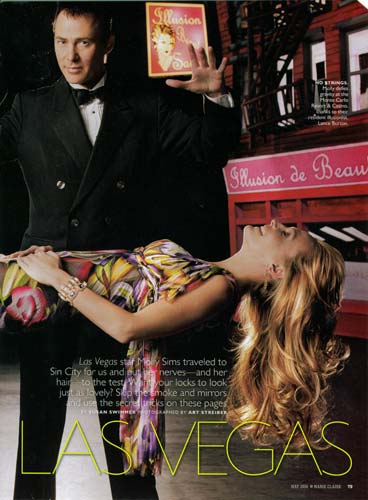 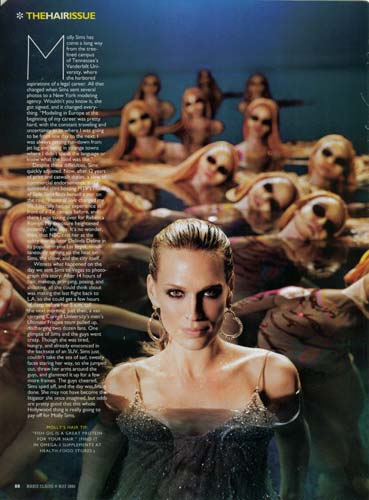 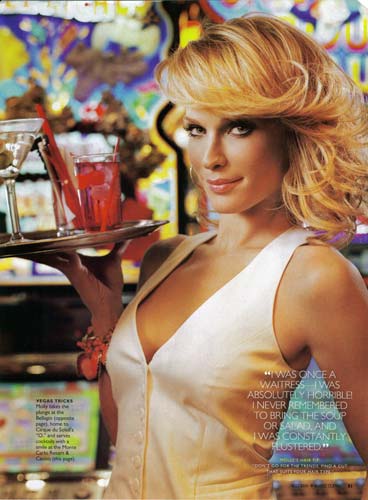 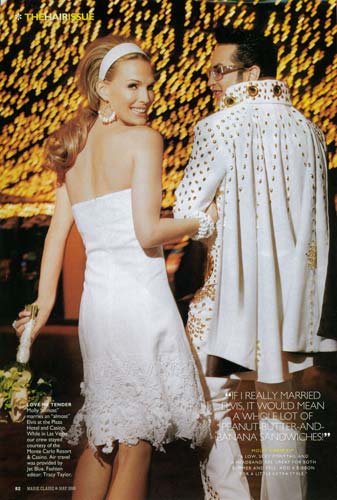 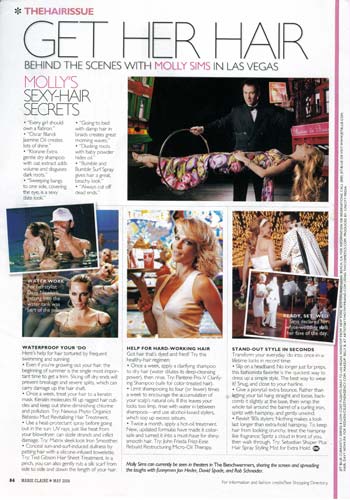 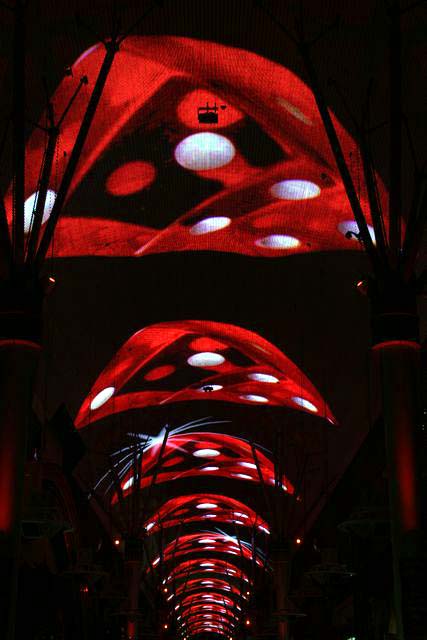 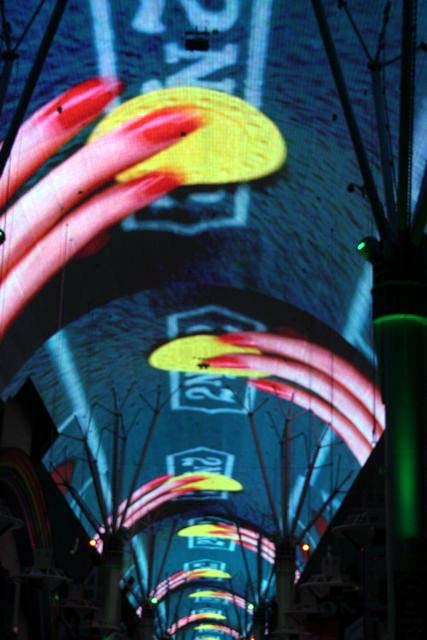 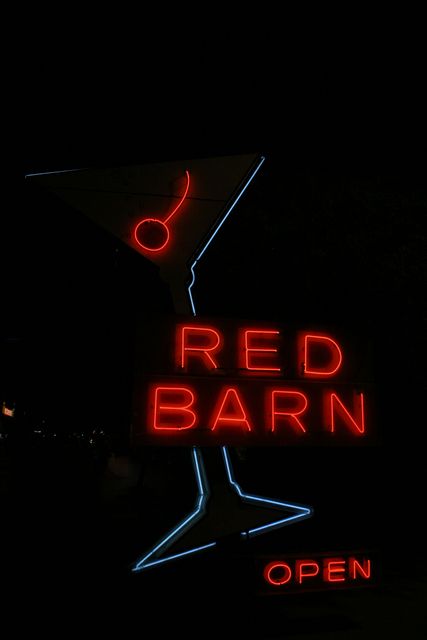 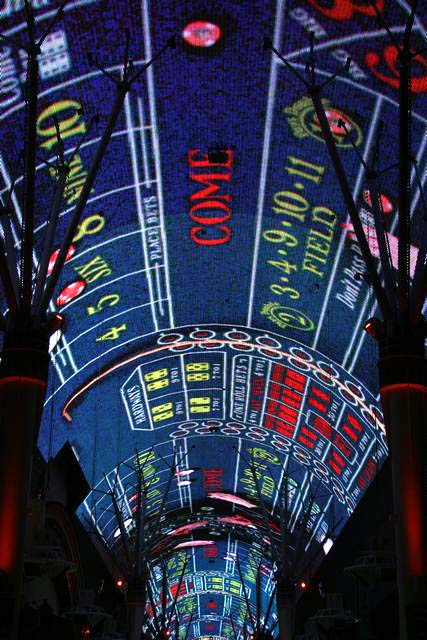 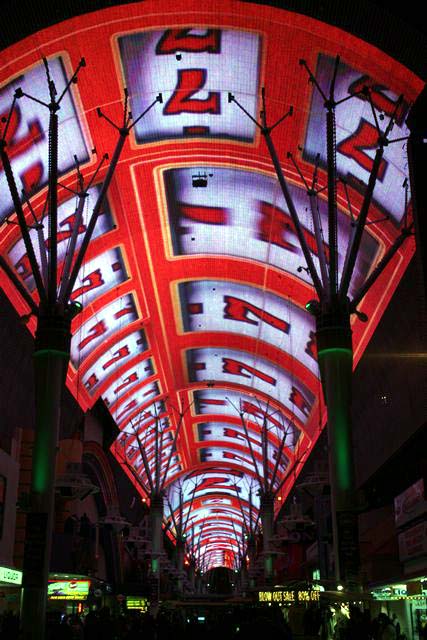 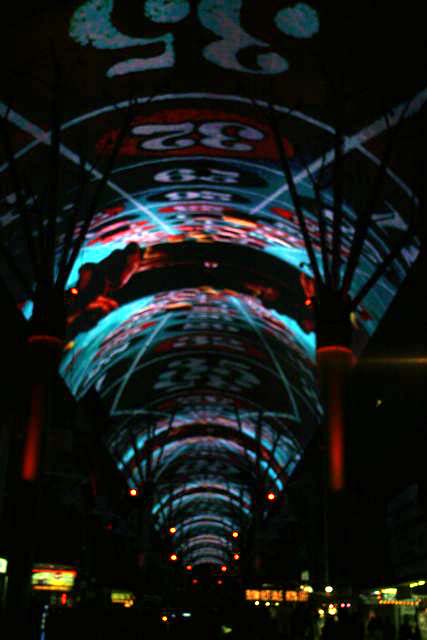 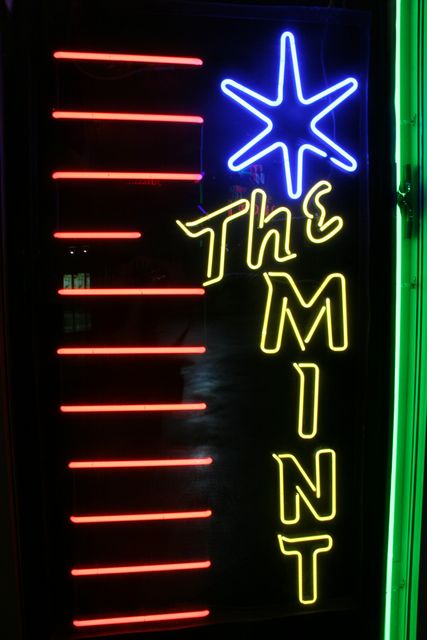 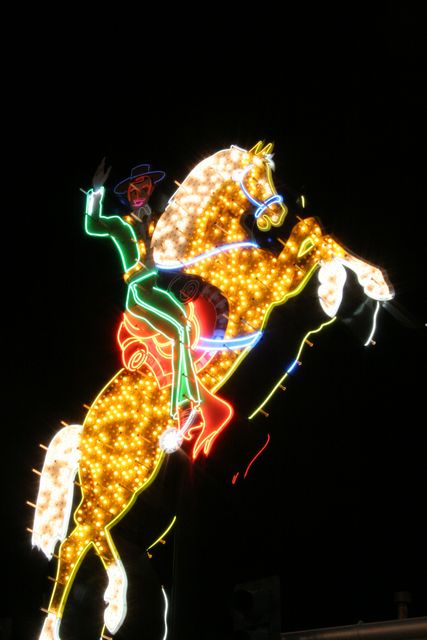 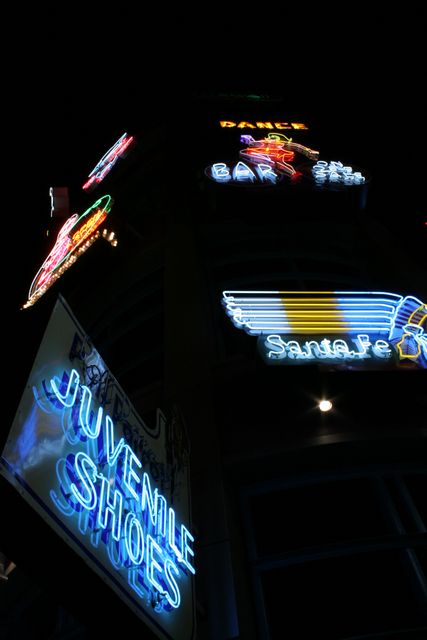 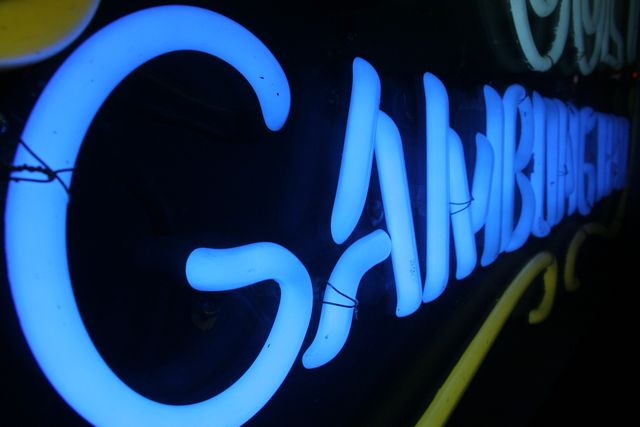 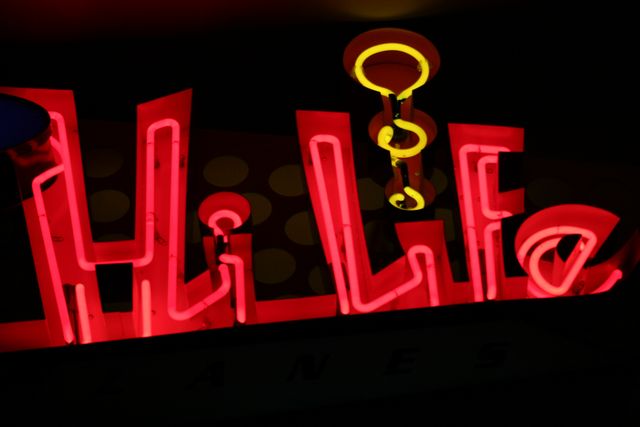 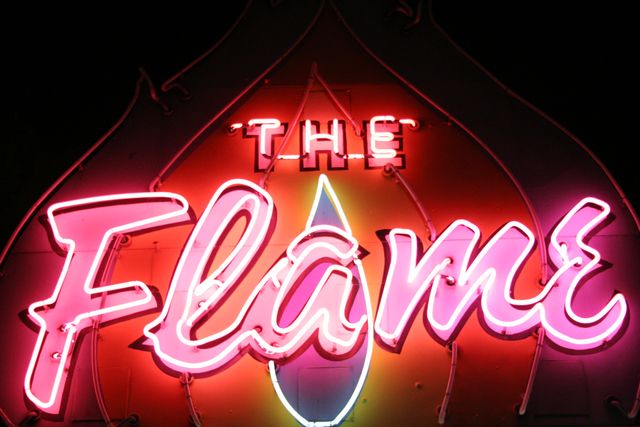 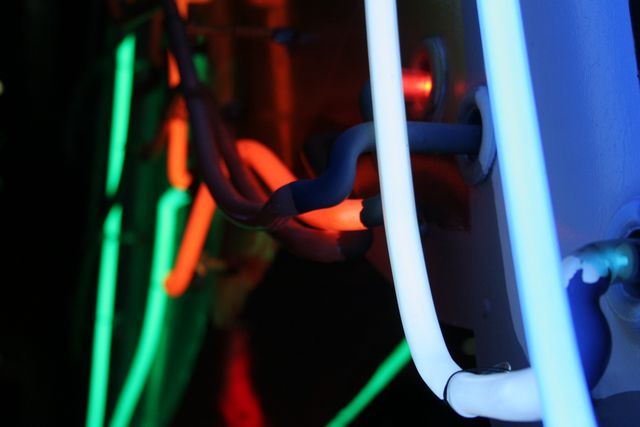 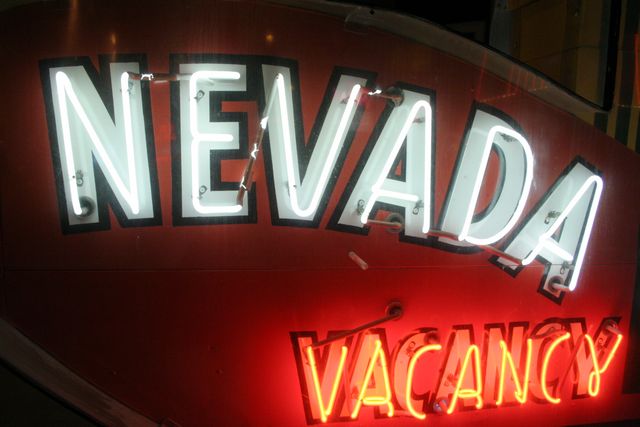 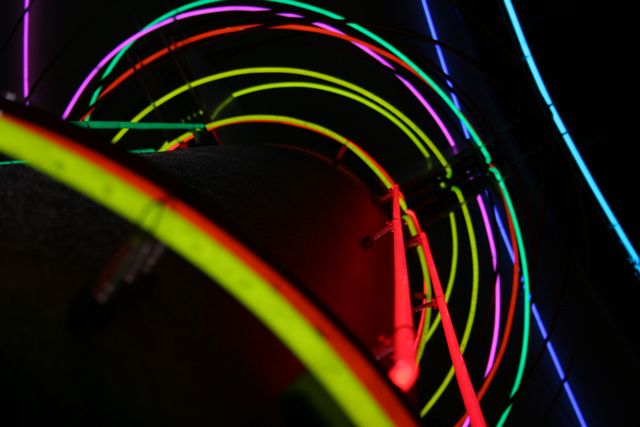 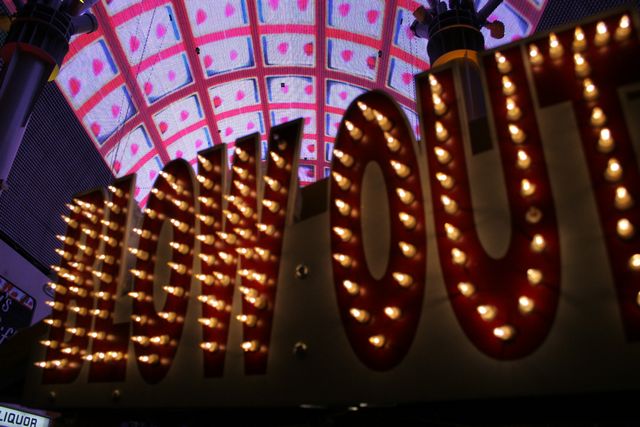 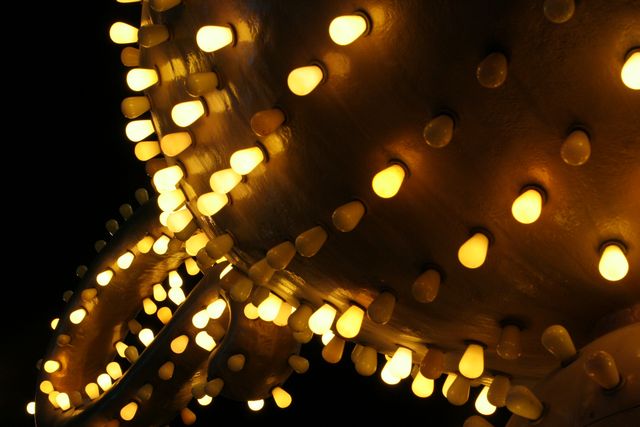 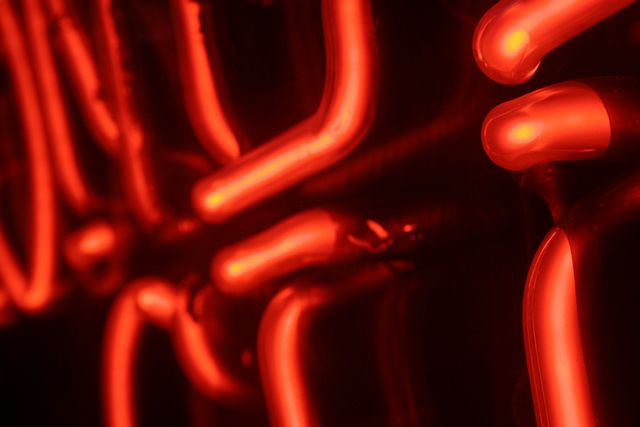 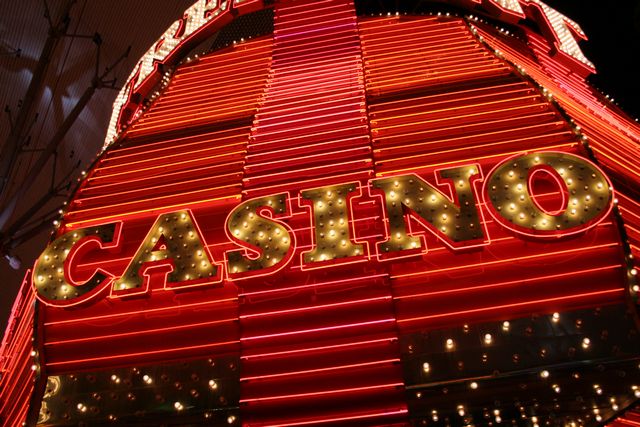 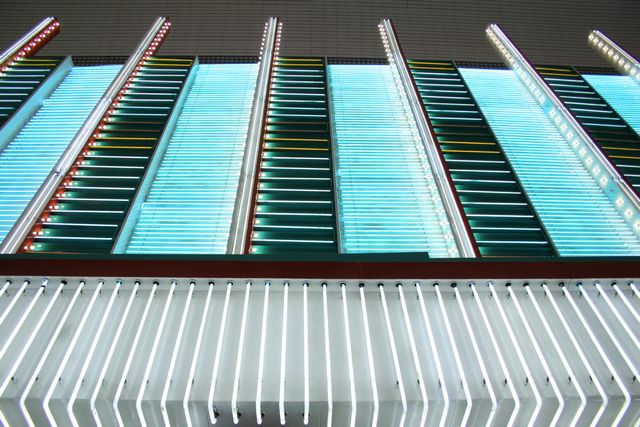 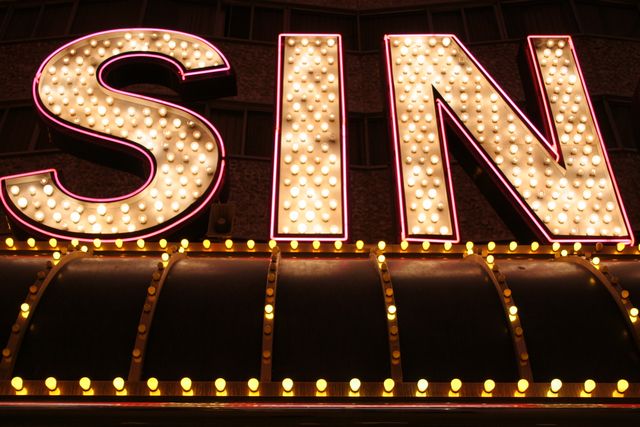